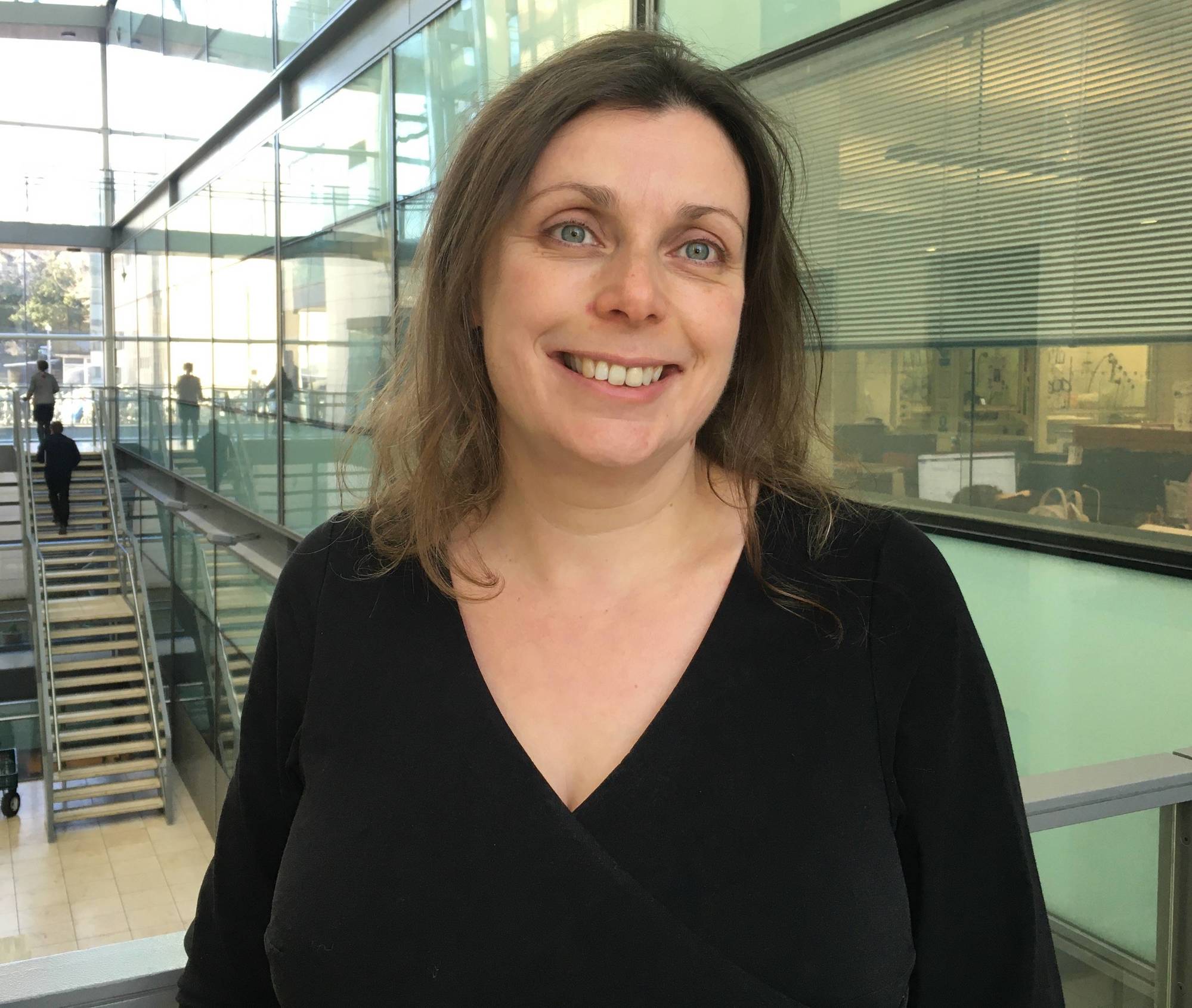 Duchenne muscular dystrophy (DMD) is a severe muscle-wasting disorder that primarily affects boys. Muscle weakness usually begins around the age of four, typically in the thighs and pelvis, followed by the arms. It worsens quickly, eventually affecting all muscles. Individuals with this disease don’t often reach the age of 30.

DMD is caused by a defect in a particular gene that makes dystrophin, an important protein that acts as a shock absorber in muscles, protecting muscle fibers from damage that would otherwise result from normal contraction and exercise.

Fortunately, there is another protein encoded in one’s genome that makes a protein called utrophin, which is similar to the protein that’s absent in DMD, dystrophin. Dr. Russell and her team developed a compound, ezutromid, designed to treat DMD by increasing the amount of utrophin in muscle.

“Our clinical trial of ezutromid showed promising results, but wasn’t effective over a long period,” Dr. Russell says. “But we then sought to understand just how ezutromid works, and found that it binds to and switches off a protein called the arylhydrocarbon receptor (AhR), which leads to more utrophin production.”

Since then, Dr. Russell’s lab has discovered two new molecules that switch off AhR and increase production of utrophin, both with better efficacy and improved properties compared to ezutromid. She is optimistic that this work will result in a drug candidate for utrophin replacement therapy, which in turn could be applicable to other inflammatory diseases such as cancer and arthritis.

"Our Harrington team has been absolutely wonderful in helping us conduct all the right experiments and make progress toward the clinic."

This website uses cookies to improve your experience. We'll assume you're ok with this, but you can opt-out if you wish.

We also use third-party cookies that help us analyze and understand how you use this website. These cookies will be stored in your browser only with your consent. You also have the option to opt-out of these cookies. But opting out of some of these cookies may have an effect on your browsing experience. It is mandatory to procure user consent prior to running these cookies on your website.